Home
About
History
About 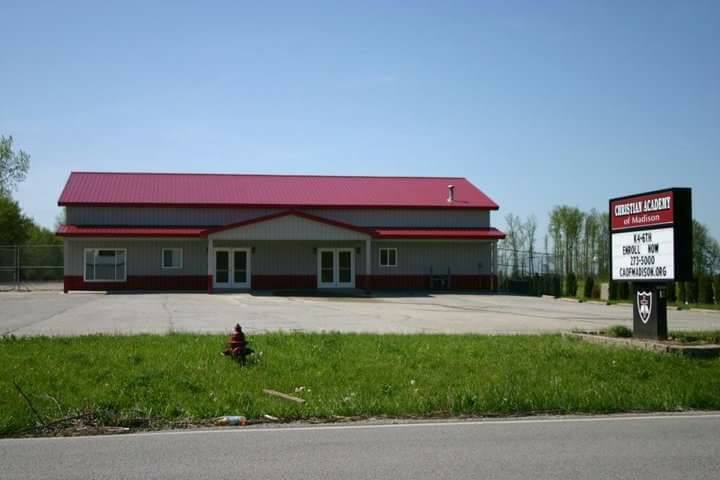 The Christian Academy of Madison was established in 2007. The vision of Anna Gosman and numerous families in the Madison area, the school was modeled after other schools in our region.

CAM’s main facility, originally the Wingham Paving Company, consists of a single building with two wings. The front wing contains administration offices, a school nurse office, the library, and a conference room; the back wing was added for five classrooms and additional restrooms. An addition to the classroom wing in 2009 provided seven new classrooms, allowing grades to be split into their individual levels to meet enrollment growth and to begin to add high school grades.

In 2012, we saw the addition of a middle/high school classroom building, meeting the needs of a burgeoning elementary as well as the addition of a three-year-old prekindergarten class and growing high school. In the same year, we also added a gymnasium, providing for further physical education and sports opportunities.

In 2014, we held commencement exercises for our first twelfth grade graduating class. Another change came in 2017-18 when we moved the sixth grade back into the elementary building and created a 4th — 6th grade departmentalized team.

In 2018, the school completed the Annex building, which provided a stage, opening into the current gymnasium, a classroom, restrooms, and a lunchroom/concession area.